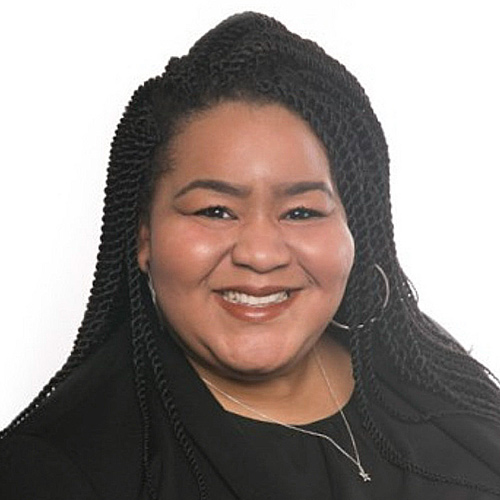 Authenticity, high expectations, servant leadership, radical candor, and accountability: this is how Kimberly Neal-Brannum describes the secret sauce to her educator style. With a passion for empowering students who are most likely to be overlooked, under-resourced, and encumbered by Indianapolis’ education system, she strives to “Do School” in a way that encourages students to realize their dreams.

Kimberly Neal-Brannum is the Founder and Executive Director of BELIEVE Circle City School, a college and career preparatory high school located on Indianapolis’ Westside which strives to provide a foundation for the future independence and success of their students. An Indianapolis transplant, Kimberly grew up in St. Louis, Missouri and has been an educator since 2002. Kimberly received a Bachelors of Arts in Psychology and Criminal Justice from Alabama Agricultural and Mechanical University, a Masters of Social Work from Washington University in St. Louis, and Masters of Education in Educational Leadership from Columbia University’s Teachers College.

Kimberly had a round-about journey of getting to Indianapolis. After gaining years of experience in a diversity of education roles in Missouri, New York City, Chicago, and Washington, D.C., she landed in Indianapolis with the goal of running her own school. While working in education in New York City, she knew she wanted to be an educator; and after witnessing inequity for both students and educators, she knew she had to blaze a trail in education leadership. After working in education leadership in Washington, D.C., Kimberly then made her way to Indianapolis in 2018 where she has been working to shift the education landscape ever since.

Growing up, Neal-Brannum was a gifted student in search of a challenge, and that need for a challenge often manifested itself as apathy. Her K-12 teachers with a more limited scope often mistook her need for a challenge as disobedience, many times referring to her as being ‘sour like a lemon’. Her favorite teachers, however, recognized her gifts and embodied some of the same characteristics. They were leaders of color who had clear expectations and would not let Kimberly dim her light. Today, Kimberly Neal-Brannum aspires to do for students what her favorite teachers did for her.

Upon arriving in Indianapolis, she came to realize that there are a number of barriers that keep the most vulnerable students from thriving in this city. Some of these barriers include: limited accountability for school leaders and low expectations for students including the lack of gifted & talented programs. According to the Indiana Department of Education’s 2019 federal rating report, In the 2018-2019 school year, less than 50% of schools in Indiana met expectations. During the COVID-19 pandemic, the inequity in the school system was heightened and manifested itself as a technology gap. At the start of the pandemic, many students didn’t have the technology to engage in virtual schooling and this caused local officials to have to fill that gap with Chromebooks. This gap is similar to the other resource gaps that plague many of the students that Kimberly seeks to serve.